“Beasley’s Vaqueros of the Brush Country” shares the danger and joy of the South Texas vaquero life.

SAN ANTONIO, Texas (October 18, 2022) – Ricardo Beasley was a vaquero, artist and poet whose works and writings captured the details, danger and drama of the vaquero life from the 1930s through the 1960s. Explore Beasley’s intense and energetic artwork—most never before exhibited to the public—and discover the experiences of the vaqueros who worked the cattle and horses in the brush country of Texas through a new exhibition at the Witte Museum. “Beasley’s Vaqueros of the Brush Country” opens Saturday, October 22, 2022 and will remain on display in the Russell Hill Rogers Art Gallery at the museum until March 20, 2023.

Ricardo Beasley was an artist with the heart of a vaquero and one of the few artists in history who depicted the working vaqueros. The vaqueros in the artwork were his friends and neighbors and were some of the last men who knew the traditions and skills that came down through Spanish Mexico.

Using pencils, charcoal and ink, Beasley’s drawings depict the details and wild action of the vaquero life from the 1930s through the 1960s. A prickly pear burner in the great Texas drought of the 1950s was a subject, as were the bones of a long-dead vaquero and his horse. Beasley sketched continuously, capturing images of the landscape, the animals around him and the wild experiences of men born of the hard ranchland in South Texas. Many drawings were done in small tally books used to count cattle, on old grocery sacks and anything he had to draw on or with.

When he wasn’t on ranches with the vaqueros, Beasley was often writing poetic remembrances of what he witnessed and experienced in journals. Beasley’s poems are featured in the exhibition with his sketches and artifacts from his life and family.

The exhibition is accompanied by the new book “Beasley’s Vaqueros: The Memoirs, Art and Poems of Ricardo M. Beasley” by historian Andrés Tijerina, who collected and translated extensive interviews with the artist and several of his poems. The book is published by The Texas State Historical Association with a foreword by Ron C. Tyler.

Tickets for Museum Admission, which includes this exhibition, can be reserved online at www.WitteMuseum.org. The museum’s new “Family-plus Membership” gives members unlimited, free access to exhibitions requiring a special ticket, including National Geographic’s “Monster Fish: In Search of the Last River Giants,” which is currently on display at the museum. Memberships can be purchased at www.WitteMuseum.org/Memberships.

Ricardo Beasley was a vaquero, artist and poet whose works and writings captured the details, danger, and drama of the vaquero life from the 1930s through the 1960s. For the first time, this layered exhibition brings together Beasley’s intense and energetic artwork—most never before exhibited to the public—and brings to life the experiences of the vaqueros who worked the cattle and horses of Texas.

Beasley’s Vaqueros of the Brush Country is generously supported by the Carroll and Marguerite Wheeler Foundation.

Beasley’s Vaqueros of the Brush Country – The Tour

Ricardo Moreno Beasley spent his life documenting the last of the brush country vaqueros in South Texas. He utilized drawings, stories and poetry to accomplish the task. Not only had Ricardo Beasley grown up in the world of the vaquero, he worked as one. You will get a tour of the new Witte exhibition from the co-curators Bruce Shackelford and Katherine Nelson Hall telling the back stories of art and artifacts exhibited. The tour will last 45-60 minutes and will include time for questions from the guests. Cost is $500 for up to 20 individuals and includes Museum Admission. Tours are based on availability and schedules. They can be requested at www.WitteMuseum.org/Tours.

Join Dr. Andrés Tijerina, author of the new book “Beasley’s Vaqueros: The Memoirs, Art and Poems of Ricardo M. Beasley” for an afternoon discussion highlighting the life and work of South Texas artist Ricardo M. Beasley. In addition to a selection of Beasley’s work, historian Andrés Tijerina has collected and translated an extensive interview with the artist and several of his poems for this new book. More than just a testament to the talents of a singular, self-taught artist, “Beasley’s Vaqueros” is a record of vaquero life in South Texas that spans the centuries.

Thanks for your interest. Please enter your email address. 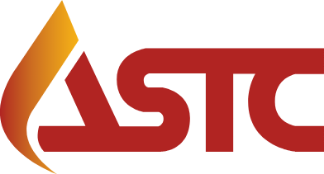